The year 1968 was an important date for the city of San Antonio, TX as it marked the 250th anniversary of the city’s founding in 1718. In keeping with Texas tradition no small party would do, the final result was a six month long International Exposition known as HemisFair ’68. Located in the heart of downtown San Antonio, HemisFair welcomed 6.4 million visitors from around the world through its gates. The fair’s theme was “Confluence of Civilizations in the Americas”, celebrating the various ethnic groups which settled the western hemisphere. Even though I was not born till some years after the fair, I have created this site to share my collection and knowledge of all things HemisFair.

Thanks for visiting and enjoy!

Excerpt from the Official Guide Book:

“HemisFair 68 captures the sights and sounds of the old world and the new in a gem-like landscape of wonder, fantasy and entertainment. It is the only world’s Fair to be held in 1968 and the first set in the U.S. Southwest. In a sense, HemisFair’ 68 is a birthday celebration for San Antonio – a six-month fiesta in honor of the city’s 250th year. But it is more than just a birthday party. It is vivid recognition of the growth potential of a particular region and its people.

Appropriately, HemisFair takes full advantage of its San Antonio setting. That prismatic city is one of the most picturesque in the United States today. Its people speak for every pioneering group that ever ventured into the Southwest. Bilingual and cosmopolitan, San Antonio lays claim to a lustrous heritage spun from the colorful threads of many cultures. On that foundation, HemisFair’ 68, in the truest sense, is the outcome of visionary, 20th Century pioneering.”

Back in 2006 I began collecting items from the San Antonio World’s Fair as an fun interest. As I began to research the items I was collecting in more detail I became more and more interested in the story of HemisFair 68′. By mid 2008 the collection had grown to well over a few hundred items from the Fair, every item had its won story to tell while contributing to an exciting overall story. At the suggestion of a friend I began looking into the idea of creating the first web based informative commentary site about the Fair, back in 2008 there was very little existing information on-line about the Fair. With the help of another friend I began the planning process for a new website while continuing to expand the collection in the process. In 2010 the web project progressed from the planning to construction/programming stage. After a year of construction the website was launched April 6, 2011 which coincided with the 43rd anniversary of the opening day of HemisFair 68′.

Not long after launching the website I expanded my project again by reaching out to those who were part of HemisFair 68′ to collect their individual stories about the Fair to expand by research. By the time of HemisFair’s 50th anniversary in 2018 the project had grown to include well over 2,000+ individual items, multiple social media accounts and a website which has doubled in size since launching in 2011.

Along with my work to collect, preserve and share the history of the 1968 World’s Fair; I have also been working to chronicle the next chapter of the Fair’s 92 acre site which is currently undergoing a revitalization. In 2009 the San Antonio City Council passed a resolution creating the Hemisfair Park Area Redevelopment Corporation to take on the task of revitalizing the site which had had been dormant since the Fair closed in October of 1968.  Since the initial public workshops in 2011 I have been able to collect materials, photograph many on-site projects and in some cases even participate in a few projects as well.

RT @anne_krause: Love it when audience members bring World’s Fair ‘68 memorabilia to my presentations! Lots of deep connections and memorie… 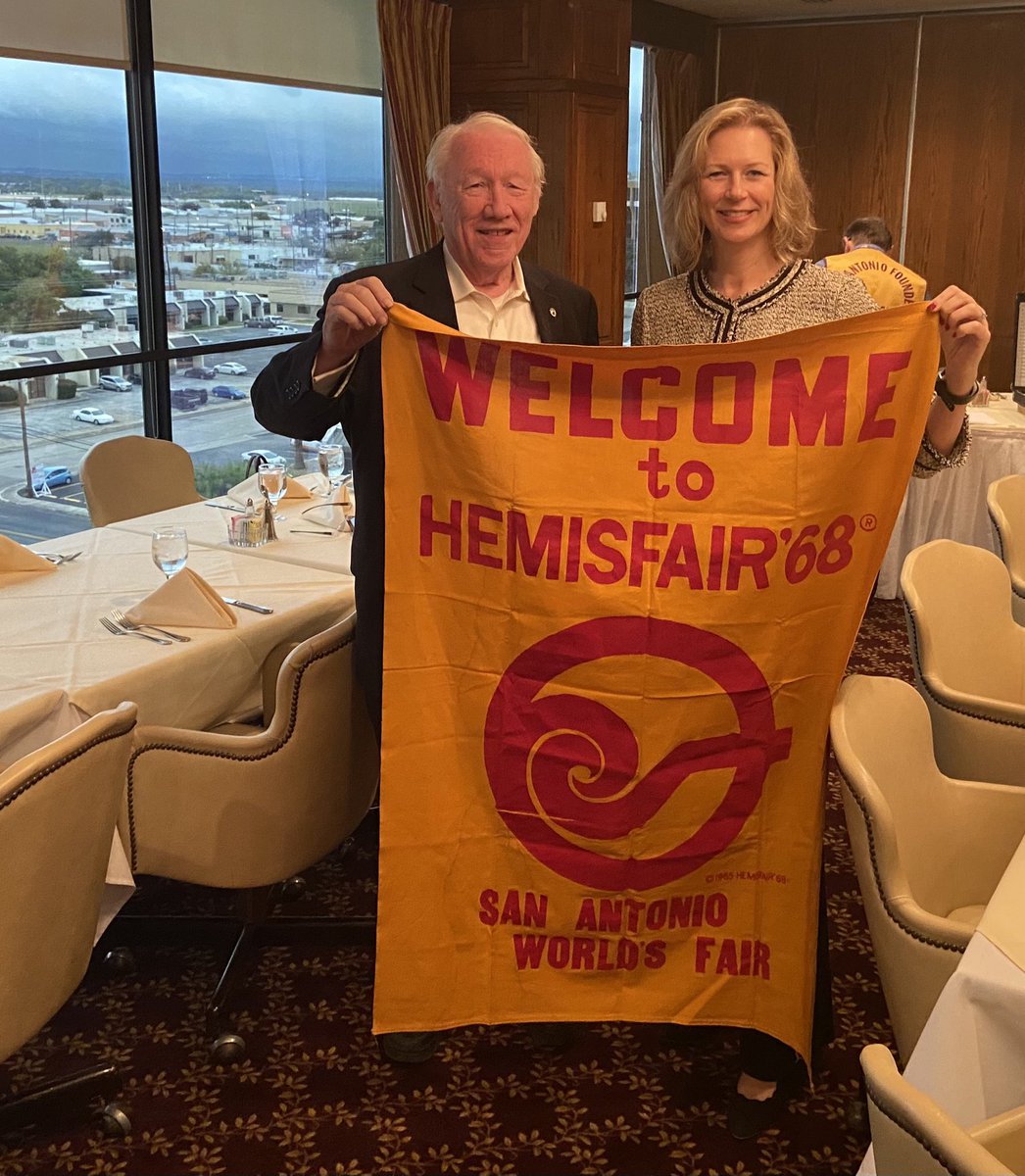